Growing up in a small town in Missouri, Bart Elliott comes from a mixed European heritage — predominantly German, Scottish, and Irish. Somewhere in his genetic blend was an entertainment gene that ignited Bart's creativity and performance tendencies at a very young age. By age 10, Bart was emceeing school productions, producing/directing/creating shows (not unlike The Little Rascals) for all the kids in his neighborhood and performing as a magician & ventriloquist at talent shows, church functions, and Boy Scout jamborees.

At age 12, Bart started to explore his love for music by learning to play percussion instruments through his school's band program. He took his savings (a whole $365) to purchase his first drum kit — a used set of 1965 Ludwig drums — and joined the school's jazz band. The years that followed included the addition of the high school marching band to his musical experience.

By age 15, Bart was playing with several "garage" bands in his hometown and performing professionally with several music groups in the surrounding area. He began to explore ethnic music and teach himself to play hand percussion instruments, as well as keyboard percussion instruments (e.g., glockenspiel, xylophone, vibraphone, marimba) which incorporated 2-mallet and 4-mallet techniques.

In 2018, after working over forty years as a professional musician, both live and in the recording studio, Bart formed his current music group, Polkawagen, which has quickly become one of the premier polka bands in the southern United States.

Some of Bart's professional polka music genre performances and band leader credits include: 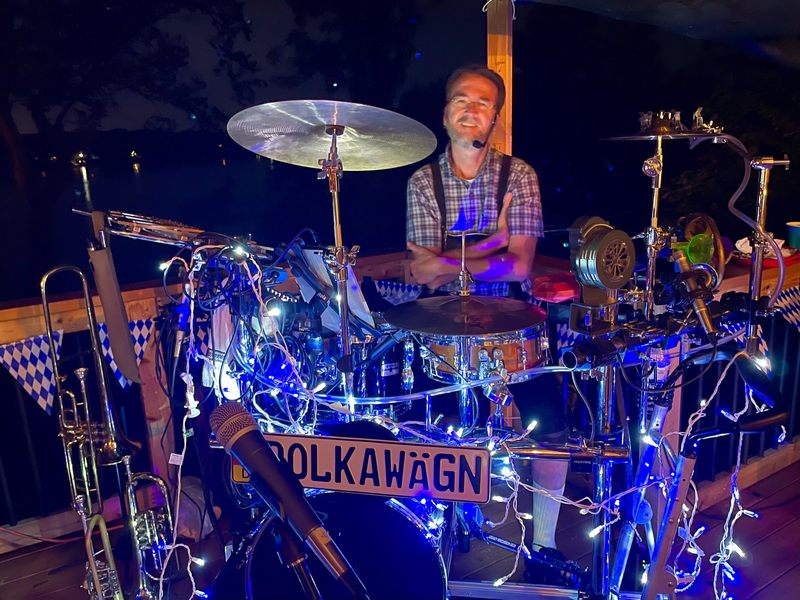